Please Note: Italy gratuities will be paid in advance ($33 per person will be added to your final invoice for gratuities to be paid to driver, guide, and hotel staff while in Italy).

Not Included: Gratuities, airfare, transfers (not included unless airfare is purchased from Pilgrim Tours), meals not listed, optional travel insurance. 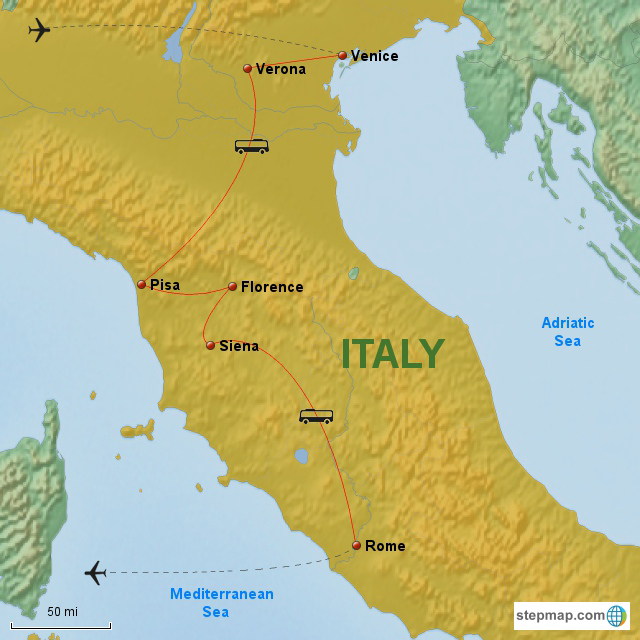 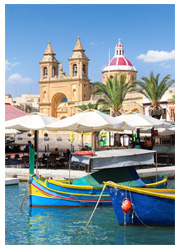 Today we arrive in the beautiful Mediterranean Island of Malta and embark on our Journey to the lands of ancient treasures and Christian history. We will be walking where the Apostle Paul walked! We transfer to a lovely hotel for dinner and our lodging for the next three evenings.

A full day of guided sightseeing includes 7,000 years of history beginning in the walled capital city of Valletta, a World Heritage site. Dotted with quaint cafés and shops, the city is today one of Malta’s main tourist attractions, hosting among others, the majestic St John’s Co-Cathedral, the imposing bastions and a treasure of priceless paintings. Enjoy the history told of the Knight’s of St. John of Jerusalem, a Crusader order who defended the westward Islamic campaign into Europe. Relax on your harbor cruise providing a stunning snapshot of Malta’s Grand Harbor, often described as the most beautiful in the Mediterranean. Drive to the ramparts where you begin a tour viewing some of the palatial inns and residences en route to St. Thomas Bay, a possible shipwreck site of the Apostle Paul.

After breakfast, we have a full day excursion on Malta. The first stop will be a visit to St. Paul’s and the location of the shipwreck. Our tour will take you from the point of the shipwreck, along the route said to be taken by St. Paul where he preached, where he baptised the first Maltese at San Pawl Milqi Chapel (meaning "St. Paul welcomed"), to the place where he rested. Paul stayed for several months in the town of Rabat, here we will visit the St. Paul's Grotto, the actual place where the saint is known to have stayed. Next a visit to the “Mosta Rotunda” a magnificent domed church in Mosta. Enroute to Rabat, we will visit St. Paul’s Church and Grotto, a church founded in 1575 over the ancient caves where according to some traditions, the Apostle Paul was held captive. After a lunch break, we will walk through the streets of Mdina, Malta’s first capital where we will visit the Cathedral dedicated to St. Peter and St. Paul. Mdina is also located in the highest elevations of Malta where magnificent views of the entire island are possible. Concluding our sightseeing on the western shore, we view the spectacular Dingli Cliffs before turning toward our return route. The last stop of the day will be the Catacombs of St. Paul, a fascinating labyrinth of 3rd-century AD subterranean tombs and the earliest archaeological evidence of Christianity in Malta.

We fly to the Rome airport and transfer to our lodging for the next three nights. This afternoon we will take an afternoon tour of the Catacombs where thousands of Christians were buried in a remarkable tiered series of galleries.

We begin our walking tour at the ancient Roman Forum, where our guide will divulge its secrets. We will visit the Arch of Titus which commemorated the sack of Jerusalem by Titus in AD 70. We will view the Mamertine Prison exterior, where tradition says the Apostle Paul was imprisoned. The Roman church would say that Peter was imprisoned here as well, but there is no imperial evidence that Peter was ever in Rome. Next, we visit the Coliseum, where thousands of people and animals perished during gladiatorial games. The Coliseum first opened in AD 80 and within 100 days of its opening, 5000 wild beasts perished here. The slaughter of both humans and animals continued for three more centuries. Historians believe the Coliseum could hold between 40,000 and 80,000 people depending on how close the seating was. The floor has recently had a plank placed over the middle making it accessible for people to walk over the labyrinth of brick cells, ramps, and elevators used to transport animals and gladiators into the arena. Hear the stories of the games that have fascinated people for hundreds of years. We conclude our day at the ruins of Ostia Antica, which provides an excellent example of city life in classical times and the Ostian Gate, today called the Gate of St. Paul.

After breakfast you will begin a full day of sightseeing. First visit Vatican City where you will see the Basilica at St. Peter, the Sistine Chapel and the Vatican Museums with stunning works of art at every turn. After some free time for lunch, you will stop at The Abbey of the Three Fountains, the traditional site of Paul's martyrdom and the ancient street that he walked on. Next, visit the 4th century Basilica of St. Paul Outside the Walls, the site of Paul’s tomb, and the Scala Santa, where Martin Luther made his stand against the practice of indulgences. This fascinating museum houses the Steps from Pilot's Judgment Hall in Jerusalem brought to Rome by Helena, the mother of Constantine. Additional sights include the Arches of Constantine and Titus, Circus Maximus and the beautiful marble monument called the Wedding Cake.

This morning we transfer to the airport for our flight home.