The Scenery of Ireland 13 Day Package

Groups Only: An ultimate 13-day journey through Ireland


Not Included:
Cost of obtaining passports or visas, laundry, meals, beverages or sightseeing not included in the itinerary, travel insurance, gratuity to guide, driver, communication charges, & excess baggage fees. Port charges and gratuities to crew are not included on cruises. 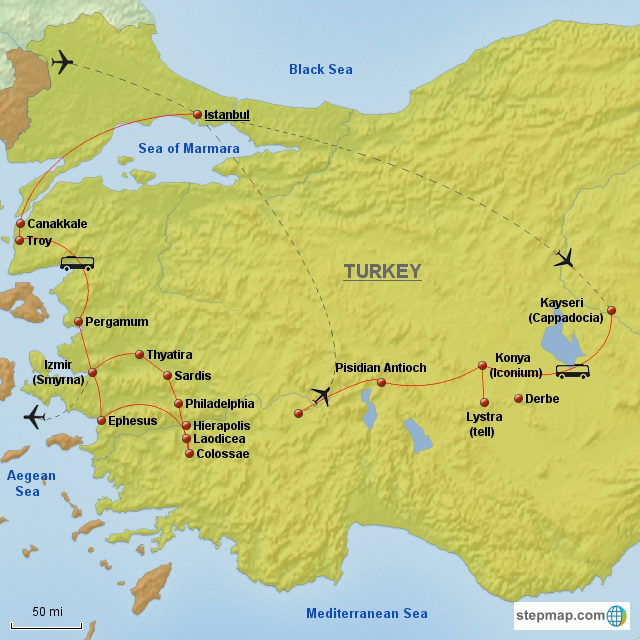 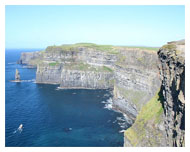 After checking into your hotel, free time to relax or sightsee. Lots to see and do within a short walk: the folk park, a "village" of thatched cottages, farmhouses, and shops depicting turn-of-the-century Irish life; a complex of smart shops in which to browse; and perhaps a refreshment at famous "Durty Nelly's" Irish pub. This evening, a special Irish welcome: enjoy a traditional ceili in the setting of a village barn with dinner and entertainment all included. (D)

A day full of spectacular scenery. Motor to the Cliffs of Moher, rising 668 feet above the Atlantic Ocean. Savor the breathtaking panorama of the Clare coast then cross the limestone plateau of The Burren. Next a special treat: at RATHBAUN FARM watch the farmer shear a sheep and maneuver a flock with the help of a sheep dog. Then enjoy your morning coffee and home-baked scones in the 150-year-old thatched farmhouse. In Galway, a vibrant city with a great seafaring tradition, hear about the infamous Lynch Stone, commemorating the day Mayor James Lynch Fitzstephen hanged his son for murder. Call at a MARBLE FACTORY as you head into Connemara, a stunningly beautiful and remote region of mountains, rivers, and lakes. Spend the night at Clifden, a small fishing town in the far west. Discover that Marconi chose the town as the site of the first transatlantic telegraph station in 1907 and that it was here that Alcock and Brown landed from Newfoundland on the first transatlantic flight in June 1919. (FB,D)

A fascinating start to the day-visit KYLEMORE ABBEY, the massive castle acquired by the Benedictine nuns, where enterprising Sr. Magdalena has successfully raised funds on both sides of the Atlantic for the restoration of the house, church, and gardens. Pause at Westport before continuing on to Knock, a village that attracts pilgrims from all over the world since the townsfolk saw apparitions. On the way to the resort of Bundoran stop at Drumcliff on Sligo Bay to visit the grave of the native son and poet W.B.Yeats. (FB,D) 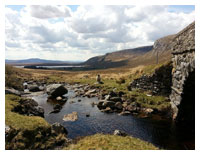 A day dedicated to wild and beautiful Donegal. Follow the scenic Atlantic coast around Donegal Bay with its small fishing ports, hidden beaches and vistas of the Blue Stack Mountains and Finn Valley. Visit the ancient town of the same name, founded by the Danish Vikings and home of the O'Donnell Clan. Here you have time to shop for hand-knitted woolen goods and other crafts from the region. Later, call on the BELLEEK POTTERY FACTORY, renowned for its exquisite cream-colored Parian china. (FB,D)

A rich string of Northern Ireland attractions awaits you today. A fascinating walking tour of Derry with a local guide takes in the Guildhall, old city walls and St. Columb's Cathedral. Pass Dunluce Castle, a romantic ruin clinging to its clifftop, and visit awe-inspiring GIANT'S CAUSEWAY, composed of thousands of strangely symmetrical basalt columns jutting out to sea. Follow the scenic Antrim coast to Ballygally for overnight. (FB,D) 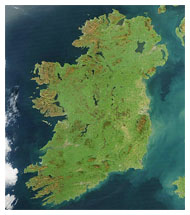 A taste of the vibrant city of Belfast on this morning's orientation tour before driving in the lee of the Mountains of Mourne and back into the Republic. In the Boyne Valley, scene of a bloody 17-century battle, visit the BOYNE VALLEY VISITOR CENTRE and KNOWTH, where your guide explains the fascinating passage-grave dating from the Bronze Age. For a first taste of the Irish capital your best bet for tonight: join the optional dinner excursion organized by your tour director. (FB)

An orientation drive in the "Fair City" includes statue-lined O'Connell Street, elegant Georgian squares, and St. Patrick's Cathedral. Then a highlight visit to Oscar Wilde's TRINITY COLLEGE, famous for the 1,200-year-old Book of Kells and the magnificent Old Library. Afternoon at leisure. Tonight why not enjoy an optional Irish dinner and cabaret show? (FB) 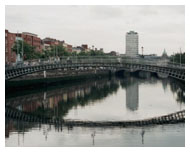 Horseracing country this morning as you cross the Curragh for a guided tour of the IRISH NATIONAL STUD at Kildare, whose fine thoroughbreds command respect on the racecourses of the world. Spend a leisurely afternoon in the pretty county town of Kilkenny. Visit the CASTLE, which was occupied by the Dukes of Ormonde for over 500 years. Let your local guide show you around the splendid interior, which was remodeled in the 1830's, and hear about the Butler family's remarkable history. Time later to explore the town at your own pace. (FB,D)

The first of the day's highlights is a guided tour of the world-famous WATERFORD CRYSTAL FACTORY. Then head via Youghal and Dungarvan along the estuary to Cobh for a fascinating visit to the QUEENSTOWN STORY. Hear about the emigration of 1.5 million Irish to the United States from Cove between 1845 and 1851. Then known as Queenstown, the port was the principal calling point on the transatlantic liner route between Liverpool and North America, and in April 1912 the last port of call for the Titanic. At Blarney, renowned for its magical Stone of Eloquence, shop for traditional Irish handicrafts. Overnight in Cork, Ireland's second city. (FB,D)

A morning call at Bantry, nestling beside one of the largest natural harbors in Europe. At picturesque Glengarriff board a private boat for the short crossing to GARINISH ISLAND, whose warm waters attract colonies of seals. Follow the winding paths between the strong-scented flowering trees and shrubs of this lush tropical island garden. Head over the mountains into County Kerry, which has some of Ireland's most breathtaking scenery. At Kenmare join the fabled "Ring of Kerry" and stop for spectacular photos of the Lakes of Killarney from Ladies View before arriving in the popular resort of Killarney. Tonight an entertaining optional evening in Tralee with dinner at the Galleon Restaurant and tickets for Siamsa Tire National Folk Theatre. (FB)

Panoramic views on Dingle Peninsula, where the 32-mile Slea Head drive affords magnificent vistas of the Atlantic Ocean. At the BLASKET ISLANDS CENTRE, which is dedicated to the native Irish language and culture, learn about the way of life and unique literary achievements on the string of remote offshore islands evacuated by the last inhabitants in 1953. Visit Dingle, then pass miles of white sandy beaches, setting for the film Ryan's Daughter. The rest of the day is free to relax. (FB,D)

A final morning at leisure in Killarney with time for an optional excursion by horse-drawn jaunting car through the national park with a stop for more photos of the Lakes of Killarney, and Ross Castle. In the afternoon drive via quaint Adare, renowned for its pretty thatched cottages, to Limerick. Tonight celebrate the success of a scenically thrilling tour with an optional banquet at Knappogue Castle. (FB)

Your homebound flight leaves from Shannon and arrives the same day. (FB)