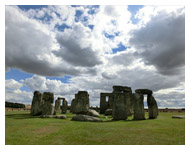 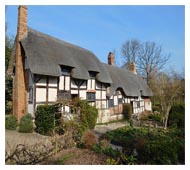 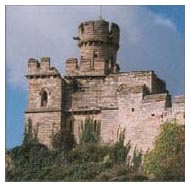 Enjoy a brief tour and an afternoon at leisure in the striking walled city of York. The richly layered history of York is visible in its magnificent architecture. Along with many first-rate museums, the city alone is a treasure in itself. Visit the crumbling Clifford's Tower, the only remains of York Castle. The Shambles is actually one of the most picturesque streets in York, which once served as butcher's row. The largest medieval cathedral in northern Europe, York Minster, is the city's crowning glory. Overnight in York (1 night).

At Epworth we'll visit the birthplace of John and Charles Wesley, the Epworth Rectory, the Wesley Memorial Church and St. Andrew's Parish Church. It was at St. Andrew's where the Reverend Samuel Wesley served for 39 years and where John preached outdoors by his father's grave. In the hamlet of Scrooby in Notthinghamshire we'll see the cottage of William Brewster where he and William Bradford and other adventurers listened to Pastor Richard Clyfton preach. It was from Scrooby that the escape from England was planned which ultimately led to spending a few years in Holland and finally the voyage of the Mayflower in 1620. This afternoon we turn towards Nottingham and its famous castle. If time permits we'll stop briefly in the Sherwood Forest to see Robin Hood's great oak tree and visitor's center. Overnight in Lincoln (1 night) 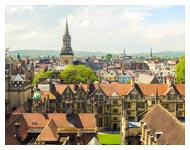 Today we will visit charming Bedford, where John Bunyan wrote the greatest English allegory, "Pilgrim's Progress". After a visit to Elstow's Moot Hall, a short drive takes us from Bedfordshire to Buckinghamshire and the village of Olney. Here two famous hymn writers lived. We'll visit the home of William Cowper, author of "God Moves in Mysterious Ways His Wonders to Perform" and "There is a Fountain". Afterwards we'll visit the Parish church where the hymns "Amazing Grace", "How Sweet the Name of Jesus Sounds", and "Glorious Things of Thee are Spoken" were written by John Newton. At the end of his seafaring days, Newton was rector at this church. This afternoon we travel to the university town of Oxford, "City of Dreaming Spires". Here at Lincoln College we can imagine the young John Wesley intensely presiding over the Holy Club which consisted of a group of students called "Methodists". Overnight in London (1 night).

We transfer to the airport for our flight to the USA.